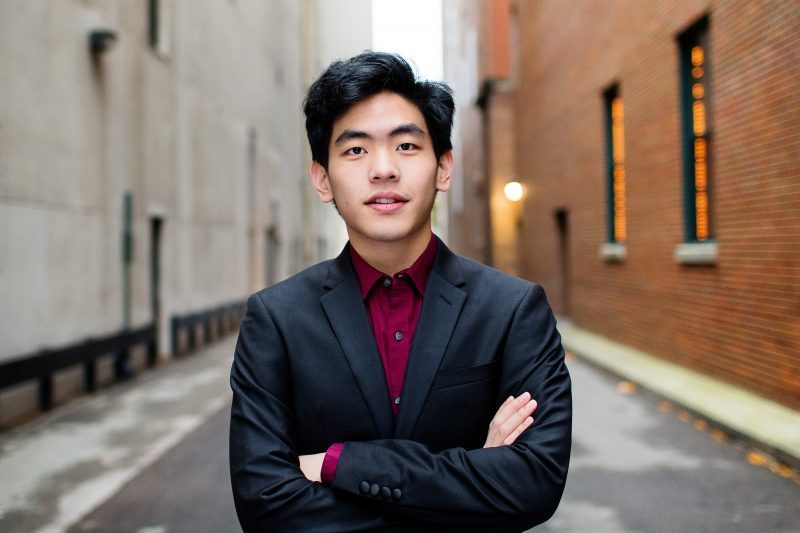 Daniel Hsu, Taos School of Music 2017 Young Artist pianist won this year’s
Van Cliburn International Piano Competition Bronze Medal. Only 19 years old,
Hsu also won Best Performance of Chamber Music and Best Performance of a New
Work. Considered the Olympics of piano playing, the Van Cliburn, held every
four years for pianists between the ages of 18 and 30. The Boston Globe
described the competition as “a cross between the Miss America Pageant, the
Olympic Games, the Academy Awards, and the Pulitzer Prize.

Hsu, 19, has studied piano for thirteen years. He began his studies at Curtis
Institute at age 11. The Philadelphia Inquirer describes him as a dynamic,
expressive young artist, “whose playing charms, questions and coaxes”
instrument, music, and audience. His extracurricular interests include
computer programming. He recently won an Apple Design Award for most creative
and innovative app.

Hsu said that in approaching the Van Cliburn competition he did not “have much
of a strategy. Everyone here has something different to say, and my strategy –
and I’m not sure it’s a winning strategy, but it’s a strategy – is to go on
stage and make music, be sincere, and play my heart out.”

Hsu will be performing in TSM’s Young Artist concert series throughout the
summer.