In the beginning there was a group of individuals who had the vision of creating a summer study program for chamber music nestled the Taos Ski Valley:

Robert Parr, then a Taos composer and musician;  Milford Greer, Taos artist; Kenneth Schanewerk, Professor of Violin and Chairman of the String Department of Texas Christian University; William Letcher, music teacher; Chilton Anderson, Taos rancher and musician who helped to develop a vision for the school and become the school’s first director because of his astute business sense. Over time Chilton stayed on as the others left to pursue other interests or passed on. 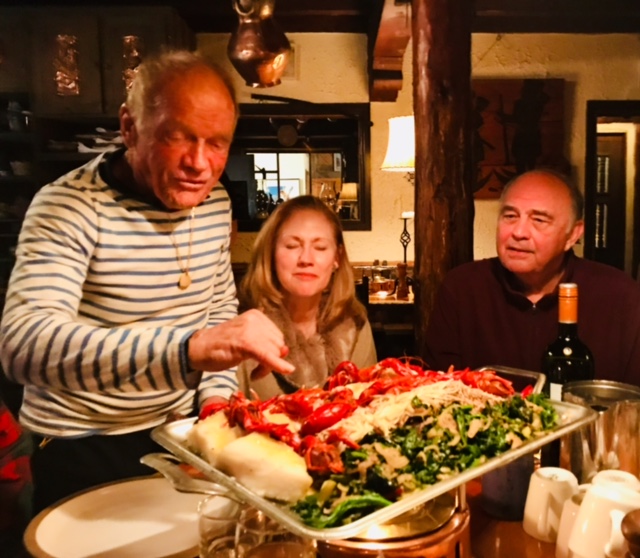 Jean Mayer, the owner of the Hotel St. Bernard, became the host of the school from its inception. Jean and Chilton were fellow colleagues and friends as ski instructors of the Taos Ski School. When Jean was building the hotel, Chilton was there to assist with financing the construction.  Chilton and Jean felt that the hotel would be an ideal location for this new program. The St. B., as is lovingly referred to, became the home of the school. Every year since 1963 Jean welcomed the students and faculty as family.  For over two generations Jean’s hospitality and cuisine has been fondly remembered by the hundreds of students who have had the opportunity to live at the St. B. and experience its magic along with the idyllic setting of the Taos Ski Valley.  Jean’s pre-concert dinners became legendary and reservations for these events sold out within hours of being available. He personally presented each course to the dinner guests, including the students who could not believe their fortune at having such fine cuisine set before them.

In short, Chilton and Jean are remembered for their decades long dedication to creating the most nurturing environment by which the students would thrive and hone their chamber music skills. Both, in turn, brought their own gifts to the school. Over the decades, the school has become one of the oldest, most exclusive, and premier summer music study programs in the country. We owe Chilton and Jean our deepest gratitude for their collaborative spirit that made the Taos School of Music what it is today.