Staff & Board of Directors

Judith moved to Taos in 1958 and worked at the first ski lodge in Taos Ski Valley, the Hondo Lodge.  There she met her husband, Chilton Anderson, one of the original founders of the Taos School of Music.  Judith has been an essential part of the Taos School of Music for over 50 years and has served on the board of directors since 2008 and as treasurer since 2010. She graduated from the University of Colorado in 1953 with a B. A. in geography with a specialty in cartography.

Kathleen, daughter of Chilton and Judith Anderson, spent her childhood growing up with the Taos School of Music and is currently the school’s executive director. She received her B. A. from University of California, Santa Barbara in Physical Anthropology.  Kathleen was primate keeper at Lowry Park Zoo in Tampa, FL and in 1993 worked for the Jane Goodall Institute in Burundi, Africa at their chimpanzee sanctuary.  Currently, Kathleen works nine months of the year for the California Department of Fish and Wildlife in the Sierra Nevada Bighorn Sheep recovery program as well as year-round for Taos School of Music.  She began working for Taos School of Music in 2003 as assistant director and as executive director from 2007 – 2018.

Elizabeth Baker, Violinist, has left a 40 year career performing with the San Francisco Symphony Orchestra (10 years) and the Los Angeles Philharmonic (30 years) to pursue other opportunities in New Mexico. Recently moved to Taos, she is now focusing on teaching and performing in the chamber music and chamber orchestra genres. Ms. Baker performed chamber music with her colleagues in the SFSO and the LAPhil and was a member of XTet and Bach’s Circle, performing throughout the Western U.S. for Chamber Music Northwest, Sedona, Bach Festivals in Los Angeles, Carmel and Oregon, South Bay Chamber Music, and Colly Soleri Music Center, among others. Ms. Baker appeared as soloist three times during her tenure with the LAPhil, all premieres and all receiving critical acclaim. She was on the faculty at Cal Arts for 12 years and has worked with the LAPhil sponsored YOLA youth at HOLA since its inception in 2011. She can be heard on recordings from Hänssler classics, Delos, New World and Crystal labels. Ms. Baker holds degrees from Oberlin Conservatory (’76) and Indiana University School of Music (’78, with Distinction, and awarded the Performer’s Certificate). In June of 2017 Ms. Baker was appointed Associate Director of the Taos School of Music.and in October 2018 became Executive Director, the third director in the school’s history.

Ron spent his working career in the financial industry, first as a financial advisor with Edward Jones in Liberal, KS, dealing with individual investors, then as a General Partner serving in the management of Edward Jones in St. Louis. He was the manager of the Branch Administration and Development functions of the firm, including the hiring, training, compensation and supervision of our national network of branch offices.

Upon retirement Ron and his wife, Carol, moved to Taos, NM, where he endeavored to improve both his skiing and painting. Ron knew Chilton Anderson from the early 1980’s as a ski instructor at Taos Ski Valley, and became a donor to the Taos School of Music as a result of knowing him.

Ron strives to use skills and knowledge from his Edward Jones career in serving on the Board of Trustees of Crow Canyon Archaeological Center, where he served as board chair and chair of the Executive Committee, and the board of Taos School of Music where he is currently board chair.

Jean Mayer was born and raised in France, where he raced on the junior national ski team. Working after World War II at the German Bavarian resort of Garmisch-Partenkirchen, where American GIs went for holidays, he was befriended by many Americans who went on to hold prominent positions in the U.S. ski industry. This led to his being asked by Taos Ski Valley (TSV) founder, Ernie Blake, to come to TSV as director of its famous ski school— considered one of the most progressive and effective in the nation—a position he has held these many years. In 1960 he and his family opened the Hotel St. Bernard, known for its charming accommodations and fine cuisine, which has always been central to the character of the valley.

Jean has hosted the Taos School of Music with the Anderson family since its inception in 1963. His goal and commitment is to provide the school, faculty and students with an unforgettable experience of accommodation and food.

David is Chief Executive Officer of Taos Ski Valley, New Mexico. He began his career in the ski industry working for the SE Group where he was responsible for the development of two new ski resorts in Japan and Korea.

He worked as Project Manager for the Hines Resorts development of Aspen Highlands Village, Colorado. he also served as vice president of Spruce Peak Realty of the AIG Global Real Estate Investment Corp. where he was instrumental in launching the renaissance of the historic Stowe Mountain Resort and securing the first-ever Audubon International Certified Sustainable Community designation.

Prior to relocating to Taos, David worked as the founder and president of Owls Head Partners, an international resort development management company where he provided planning and development services for numerous resort communities, including Grand Targhee, Wyoming; Terra Viva, Colombia; and La Estancia de Cafayate in Argentina.

David is past-chair of the Stowe Land Trust and current executive committee member of Taos Community Foundation.  When not in the mountains, David seeks time in coastal locations with his wife Trisha and two children, Kai and Annika

Stephen Rose, a forty year resident of Taos and supporter of classical music and musicians, is grateful for the opportunity to be able to contribute to the Board of Taos School of Music. He brings long experience as an attorney (now retired) and non-profit board member to our programs of preparing the next generation of classical musicians for their work on the world stage and offering the opportunity to hear musical performances of the highest caliber to the people of northern NM.

Most recently Stephen co-developed Valverde Commons, a senior cohousing community in Taos, where he and his artist wife, Barbara Zaring, live. Before that he was co-founder and director of Habitat for Humanity Taos and New Mexico programs, as well as Taos Talking Pictures, Music from Angel Fire and Open Heart Sangha. In addition to volunteering in the community and listening to live music performances, he enjoys meditating, skiing, hiking and backpacking, sailing and gardening.

Linda has a B.A. from Scripps College, Claremont, CA and a Master’s of Environmental Design from Yale University, New Haven, CT. Born in CA, she lived in NM for several years, teaching at the TSV Ski School under the tutelage of Jean Mayer and Chilton Anderson. During the summer, she attended St. John’s College in Santa Fe where she earned her Master’s in Liberal Education and also met her husband, Peter Talty. Her consulting work and research emphasized community resource management and public art projects.

Linda currently lives in Southampton, NY and part-time in Taos, NM, where she maintains an active community life, working on cultural and environmental initiatives as well as historic preservation. She serves on the Southampton Historical Museum Board of Trustees, the SH Village Mayor’s Advisory Committee on Sustainability, the SH Town Solid Waste Advisory Committee, the Board of Visitors and Governors for St. John’s College, and the Board of Directors for the Taos School of Music.

Lou Sturbois has served as a member of the Taos School of Music Board of Directors since 2004.  Lou was a career Army officer, serving in a variety of command and staff positions, retiring as a Colonel in 1993, whereupon he and Bambi moved to Taos. During his career, he served on the Army Staff, was Associate Professor of English at West Point, commanded the 2d Squadron, 11th Armored Cavalry Regiment and 1st Brigade, 1st Armored Division, and was Director of the Center for Army Leadership and Commander, Battle Command Training Program, at Fort Leavenworth, KS. He holds a Bachelor of Science Degree from West Point, a Master of Arts Degree in English and American Literature from Indiana University, and is a graduate of the U. S. Army Command and General Staff College and the National War College. Lou and Bambi spent nine years serving in Germany and the Netherlands, where their love for classical music was nurtured and enhanced.

Lou and Bambi were married in 1963, and have two daughters, Jennifer Henderson, of Louisville, CO, and Adrienne Kringen, of Portland, OR, and four grandsons. Since moving to Taos, they have been parishioners at St. James Episcopal Church. Lou is a past president of Habitat for Humanity and of Lions Club. For the past fifteen years, he has enjoyed being a part-time ski instructor at Taos Ski Valley. His hobbies include skiing, hunting and fishing. Lou and Bambi enjoy traveling, both in the U. S. with their RV, and abroad in Europe.

Fred Winter is president and founder of Heritage Trust Company and President of TaosCPA. He holds an M.B.A in Finance from Columbia University and is a certified public accountant in the state of NM and KS. Fred has served on the boards of Taos County Chamber of Commerce, Peoples Bank of Taos, Rocky Mountain Youth Corp and Taos Community Foundation. He was a member and former chairperson of the Personal Financial Planning Committee NM Society of Certified Public Accountants.  He has served on the Taos School of Music board since 2008.

For over 25 years, Dr. Joan Woodard has been a leader and contributor to energy technology, technology strategy, and national security technology, and is currently a consultant and serves on government and private boards both nationally and internationally. Dr. Woodard retired from Sandia National Laboratories where she served over 35 years and for ten years as an Executive Vice President and Deputy Laboratories Director.

Dr. Woodard currently serves on the U.S. Army Science Board, advisory boards for three national laboratories, and US Congressional Commission to Assess the Vulnerabilities of the US Infrastructure to Electro Magnetic Pulse. Dr. Woodard is a lifetime member of the Society of Women Engineers and a member of the International Women’s Forum. She also serves as a director of Research Corporation for Science Advancement, a 103-year-old foundation dedicated to fundamental science. She has served on the Secretary of State’s International Security Advisory Board, Intelligence Science Board, and the Air Force Scientific Advisory Board. She has also served as a corporate director for PNM Resources, Inc., the electric power company serving Albuquerque and Santa Fe.

Dr. Woodard has been honored by the Albuquerque Journal as One of Twenty Women to Watch in the 21st Century and as One of 20 Women Making a Difference in New Mexico (2009). She was named one of 100 Power Brokers by New Mexico Business Magazine, was awarded the U.S. Secretary of Energy Achievement Award (2008), and the U. S. Air Force Award for Meritorious Civilian Service (2009). She holds a Ph.D. in Mechanical Engineering from the University of California Berkeley; a M.S. in Engineering Economic Systems from Stanford University; and a B.S. in Applied Mathematics from the Missouri University of Science & Technology.

Dr. Woodard has been a part time resident of Taos Ski Valley since 2000 and a patron and supporter of the Taos School of Music since that time. She has been a young artist concert sponsor since concert sponsorships were first established, and member of the board since 2015.

Take advantage of our discounted Early Bird fee!
Submit your application before January 4, 2019. 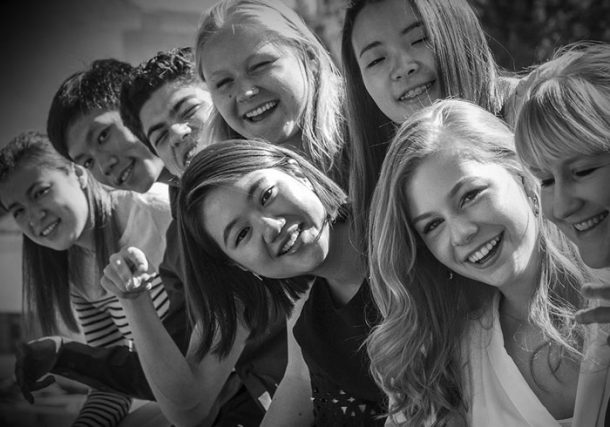 You have Successfully Subscribed!

We guarantee 100% privacy. Your information will not be shared.